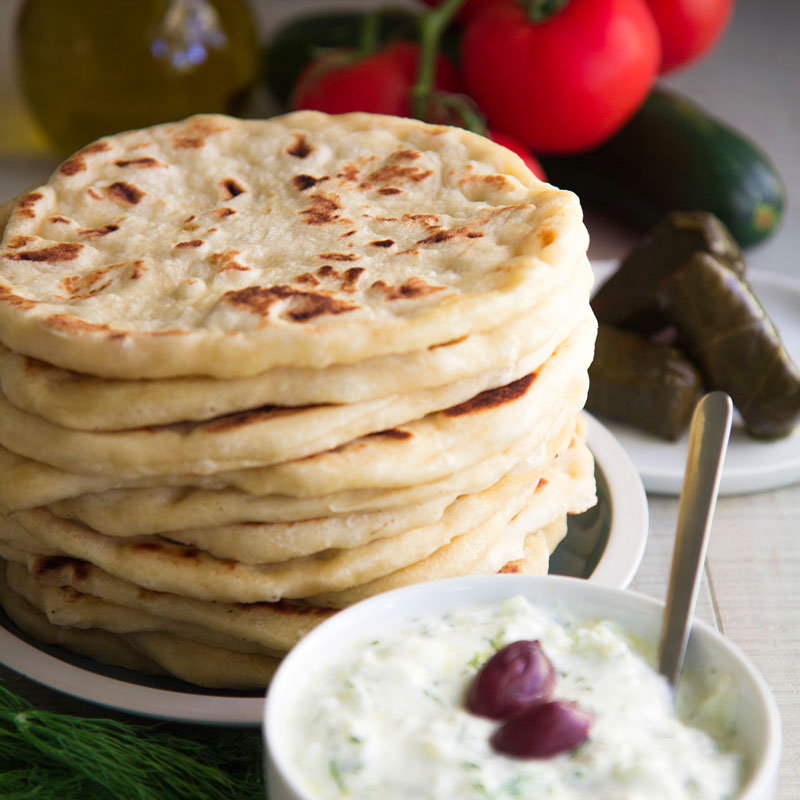 Pita is a family of yeast-leavened round flatbreads baked from wheat flour, common in the Middle Eastm Mediterranean, and neighbouring areas. It includes the widely-known version with an interior pocket, also known as Arabic bread, Syrian bread, and other names, as well as pocketless versions such as the Greek Pita, used to wrap souvlaki.

Place of Origin: Middle East Pita bread has roots in the prehistoric wheat-based flatbreads of the region. The pocket-pita bread is a more recent development, likely from Egypt or the Levant

Learn How to Make It